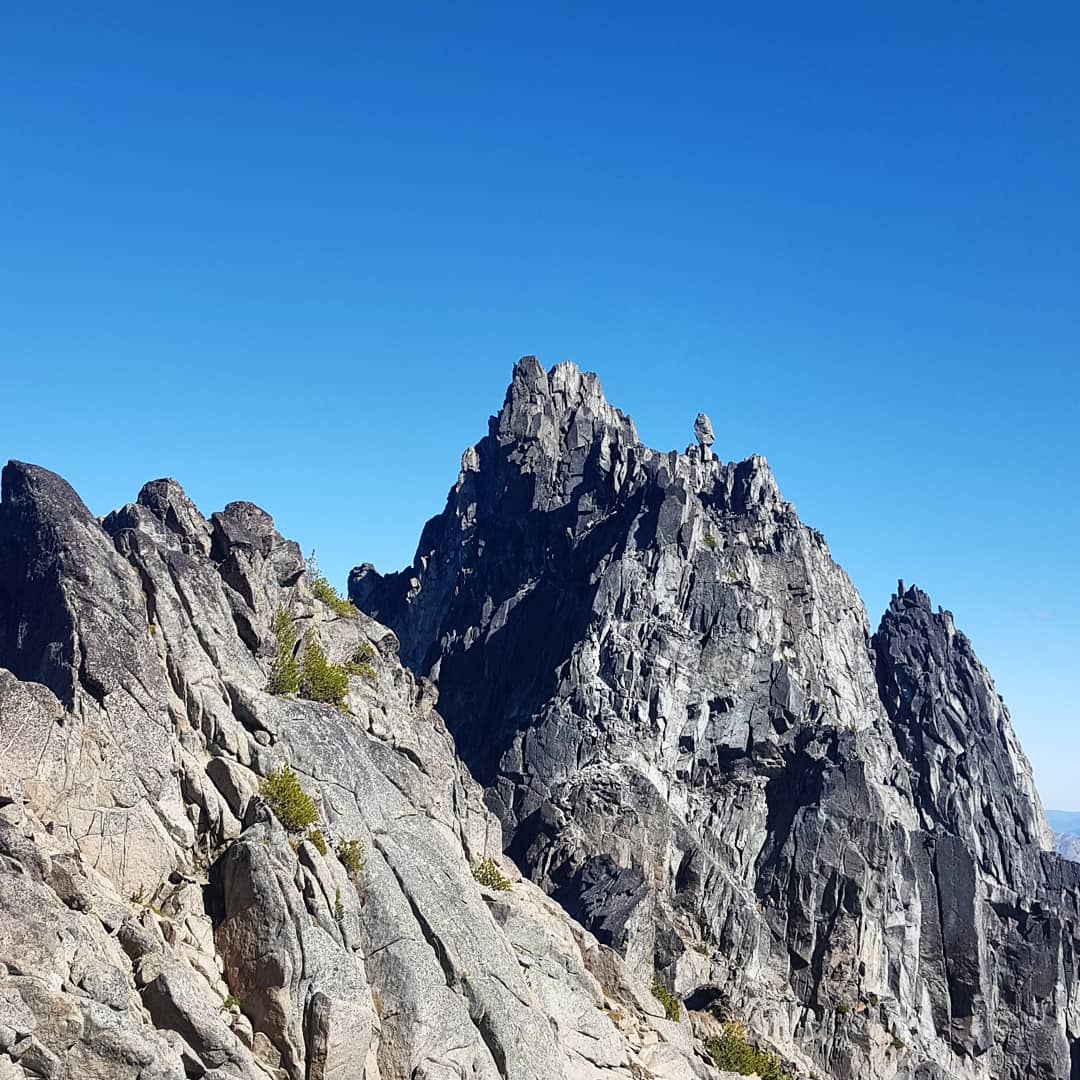 I’m writing about 100 great peaks in the northwest. The full list is here.

There’s a special type of rock in Wenatchee, towering and dramatic walls of solid granite that are as beautiful as they are solid. This climber’s playground is filled with precariously balanced rocks and pillars that look like castle turrets. So much of the climbing is spoken of with reverence around the world, and walking on the big granite slabs makes a sound like walking up church steps in an echo-y chamber. The region always inspires religious feelings in me. 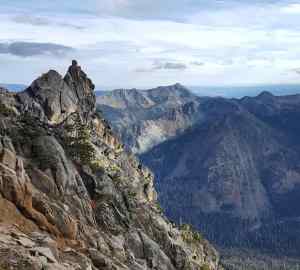 The Stuart Range is a range near the appropriately named region of Washington called the Enchantments. The Enchantment Range is just north of this rocky ridge. It is one of the most sought after backpacking destinations, and surrounds a group of usually-frozen alpine lakes in a whimsically named wonderland. Some of the creative names include Argonaut Peak, Aasgard Pass, Leprechaun Lake, and Dragontail Peak. All of this and some other nearby peaks make up the Wenatchee Mountains, but of the ridges in this region the Stuart range is the highest.

The Stuart range looks different from many of the landscapes in Washington because it was formed by a batholith. A batholith is magma that rises nearly to the surface but cools just below, without an eruption. So instead of pouring out as lava, Mt. Stuart and friends just chilled below the ground until they were slowly revealed by time eroding the earth on top. As a result it is lighter colored and more dramatic than other areas.

Batholiths tend to form steep, striking faces, as evidenced by another famous formation, Half Dome. Looking at these walls, with the vertical striations, you can almost imagine the years peeling away The layers to reveal the bones beneath. The Stuart batholith has been around since the Cretaceous Period, which makes it useful for geologists, who use age and magnetism information about the rock to draw conclusions about the general history of the area.

I am not much of a geologist myself, so it never occurred to me that these formations could have been magma so recently, and that their spires were such a symbol of change. However, when looking into climbing Sherpa Peak, I did wonder about the age of the improbably precarious stacks of rocks.

How long has that balanced rock been there? I wondered, looking at it from Stuart last year. If I climbed it, would I knock it over? I found online that the balanced rock is in fact terrifying to climb, and possibly is not even the summit (a question hotly debated in deep corners of the internet). However, the balanced rock on nearby Colchuck is a reasonably frequently-climbed route. So maybe these formations are geologically recent, but the delicate appearance of the region is definitely somewhat of an illusion.

Still, Sherpa captured my imagination because it looked impossible. And it continued to be mysterious in person. After following a step-by-step guide for Stuart, we traversed a ridge to Sherpa knowing almost nothing other than that somewhere, there were 3 pitches of easyish class 5 climbing. (Of course one person on Mountain Project said it was class 4, but if I climbed everything based on the most dismissive mountain project comments, I’d be dead.) We almost went all the way down into the couloir again when the ridge got sketchy, but luckily found a rappel station that revealed where others had gone. Once we got to Sherpa itself, we spent the entire climb looking for the “crux” that was supposed to be “right after a cave feature.” In the end, we did three pitches of climbing with some scrambling between the second and third, and with a constant chorus of “Where is the cave feature?” Finding the route was super fun because none of it was too hard (and because Westy did all the hard work of leading). And the summit was nearly as airy as the rock itself, probably my favorite perching spot yet. From the top we could see so many famous rock formations, including the aforementioned Colchuck and the other peaks in the Enchantments, pointy gothic light grey pinnacles in front of a light blue sky (soon to be sunset colors instead). Erosion is wonderful! 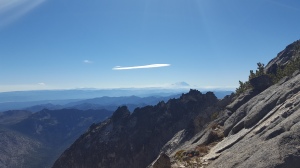